At some point, we might wonder if hawks eat squirrels. Hawks are carnivores, and meat is their only source of food. Mostly they are referred to as birds of prey as they also have good vision and sharp sense which makes them great hunters.

Hawks hunt for prey with a large range of meat and this is where squirrels come in. Are they also at risk of being devoured by hawks?

Yes, squirrels are not exempted from a hawk’s choice of meal. Although there are different species of hawks and some species might not go for squirrels but the red-tailed hawks will always hunt for squirrels. So if you have a pet squirrel do try to protect it from hawks.

Hawks are predatory birds, they prey on lots of smaller animals such as lizards, songbirds, rats, snakes, insects, and frogs, and sadly squirrels are not left out.

As we may know, a particular type of hawk called the red-tailed hawk takes a special liking to eat squirrels. Their tiny and narrowed eyes make their vision 5 times better than that of a human which gives them the hunting advantage of sighting their prey from the top.

Now we will be going into deeper details on everything you need to know about the relationships between hawks and squirrels.

There’s a whole lot of things that go on between squirrels and hawks that meet the eyes. Squirrels are sweet and cute, for this reason, a lot of people take them as pets.

For the most part, squirrels are resilient, whether, in the wild or in your backyard, they have survival skills. But unfortunately, they are prey to many predators like snakes, cats, and even birds. And one of their archenemies is hawks, especially the red-tailed hawks.

However, all the species of hawks are predators and will hunt for any animal on their menu list. The appetite of a hawk depends on its body structure, lifestyle, and environment. Squirrels may or may not be a food option but it is mostly rare for them to not be on the list.

How Do Hawks Hunt Squirrels?

When hunting with this style the hawks are usually sneaky, they wait patiently on the tree branch and observe the animal they want to catch. Once it’s time, they attack with a striking rage. This hunting style is the most used by hawks.

This style is used usually for other smaller birds and red squirrels. The hawk tends to hunt in a flock in this method, and all hands have to be on deck. The hawks dive bomb squirrels together to have better chances of successfully hunting them. This method of hunting is not very common.

In this method of hunting, the hawk swirls between thick foliage and avoids the tree trunks to prepare for a powerful landing with a killing blow.  Out of all methods, this is the most effective and it is used to capture squirrels that are big enough for the trouble.

Squirrels are known to be cute and cuddly, but when it comes to defending themselves they can become violent. A squirrel doesn’t easily succumb to an attack, they will always fight back.

As small as a squirrel maybe they can also cause severe injuries to hawks and when they see a hawk hovering around they prepare for battle and might be able to save themselves.

The teeth and claws of a squirrel are sharp, this makes them dangerous and harmful as they can bite and scratch the hawk. You may be surprised to find out that the hawks also put themselves at risk when they attack squirrels.

How to protect squirrels from hawks?

There are so many ways you can protect squirrels from hawks but the most efficient and effective way is by installing an owl decor in your yard to scare hawks away. Hawks are predators but can be prey to owls and they avoid having any encounter with them. Make sure to move this decor from time to time so that it looks very real

Yes, hawks do eat rabbits. Hawks are birds of prey and they will eat any small animal they lay their sharp eyes on rabbits and baby bunnies are on the list. They can pick up rabbits, and either take them to their nest or devour them immediately. So if you have a rabbit you’d want to do all you can to protect it from these predators.

Hawks would prefer to kill themselves as they love to eat fresh meat, so it is rare to find them eating dead meat. But in a situation where they are being held captive, they have no choice but to feed on dead meat or squirrels. Baby hawks on the other hand will eat dead squirrels brought to them by their parents.

In the food chain, squirrels are one of the disadvantaged animals as their petite nature makes them prey to some other animals. The primary headache of squirrels is usually hawks. Hawks on the other hand are notorious hunters, commonly known for hunting or picking up small-sized animals.

They mostly attack squirrels but they also have a long list of prey which are rabbits, lizards, fish, insects, frogs, chicks, voles, and other small birds. Hawks can be a menace especially when you have a small pet around, you might want to go the extra mile to keep them away from your surroundings. 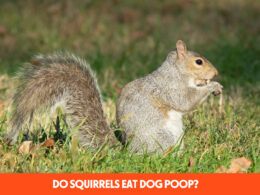 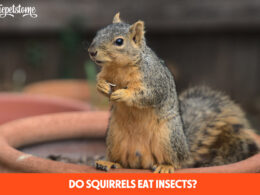 Do Squirrels Eat Insects? (READ THIS) 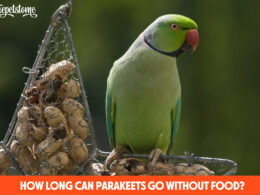 How Long Can Parakeets Go Without Food? 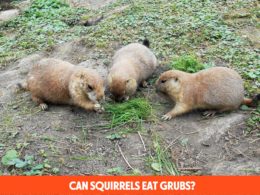 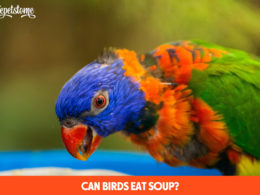 Can Birds Eat Soup? (MUST READ) 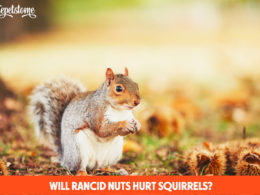 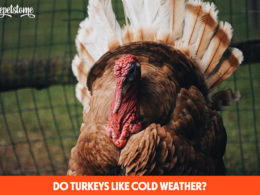